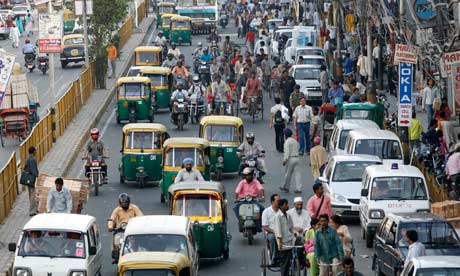 The brutal gang-rape on a bus highlighted the routine abuse of Indian women – and how the nation’s surge to superpower status has left millions behind struggling on the margins.

It was a Sunday evening routine: heavy drinking, some rough, rustic food, and then out in the bus, cruising Delhi’s streets looking for “fun”. This particular Sunday, 16 December last year, was like many others for Ram and Mukesh Singh, two brothers living in a slum known as Ravi Das Colony. The “fun”, on previous occasions, had meant a little robbery to earn money for a few bottles of cheap whisky and for the roadside prostitutes who work the badly lit roads of the ragged semi-urban, semi-rural zones around the edges of the sprawling Indian capital.

However, this Sunday evening was to end not with a “party”, as one of the men later called their habitual outings, but with the gang-rape and murder of a 23-year-old woman. The incident was to prompt a global outcry and weeks of protests in India, and to reveal problems often ignored by those overseas who are perhaps too eager to embrace a heartwarming but simplistic narrative of growing prosperity in the world’s biggest democracy….

One thought on “Delhi rape: how India’s other half lives (The Guardian)”

The Leverhulme-funded network, ‘Planned Violence: Post/colonial Urban Infrastructures and Literature’, sets out to explore the shifting relationship between urban planning, violence and literary representation from colonial into postcolonial times. The network is based in the English Faculty at the University of Oxford.